For his graduation work Joeri Naert explored how to make poison ivy in the unreal game engine.

Testing how to make multiple branches spawn randomly along the vine was the first task.

Later flowers where added. The branches where later switched by leaves.

Subsequently he explored the possibilities of sockets. With these sockets he was able to connect other vines to the main vine.

During the process he encountered some problems with light maps as unreal 4 does not  support ligh tmaps for instanced static meshes yet. 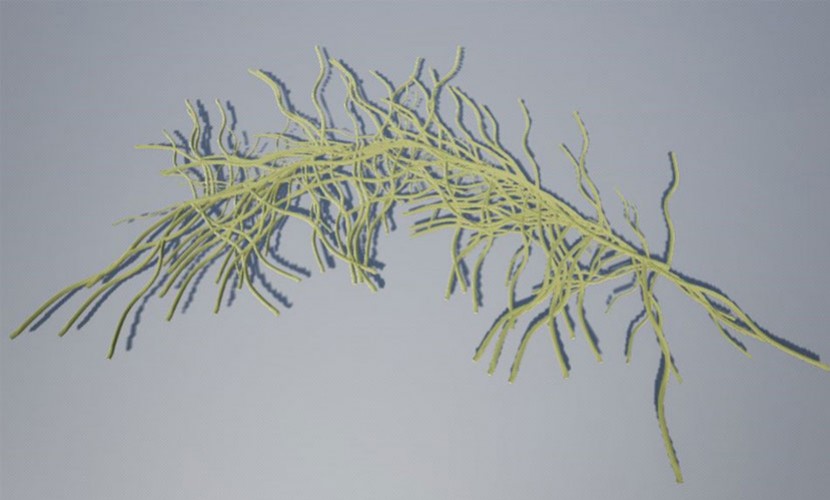 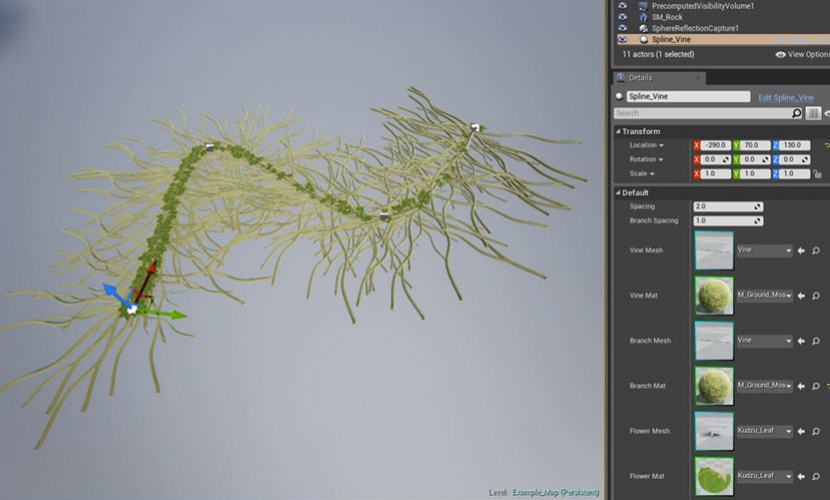 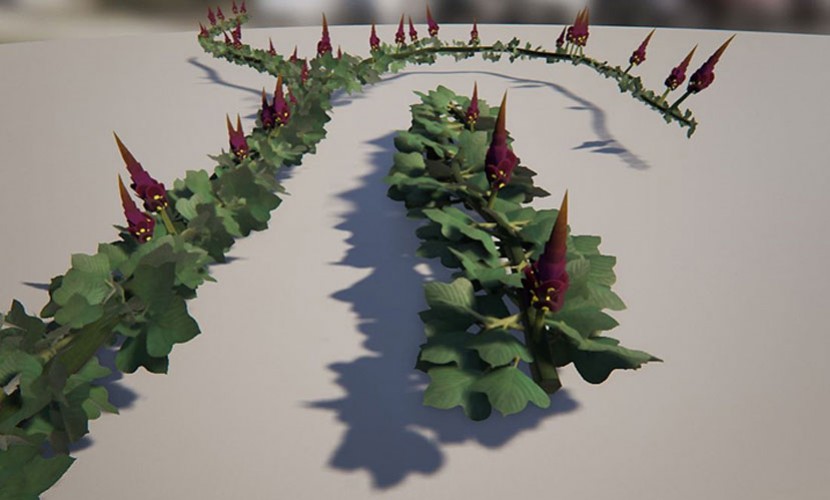 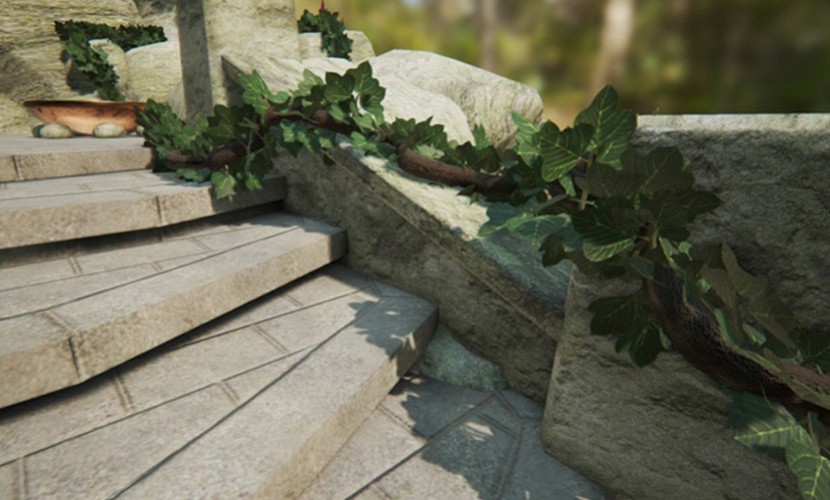 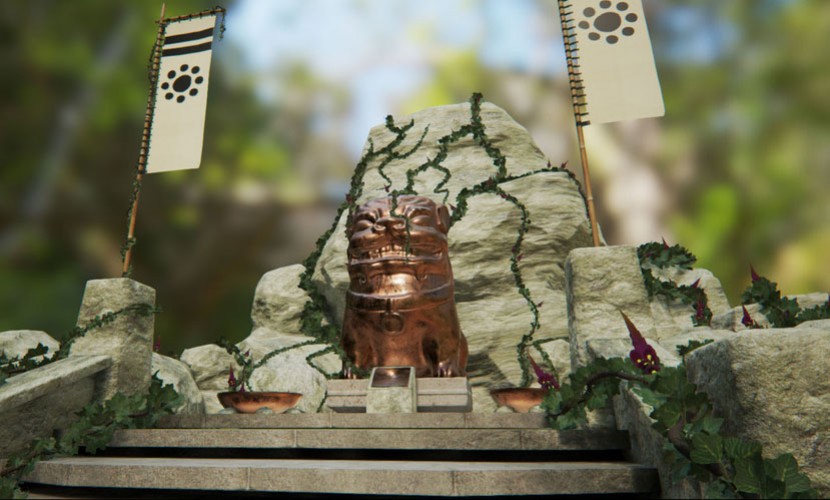 The system Joeri created had to be easy for artists to use and to adjust it. The system can be dragged and dropped in the scene and is easy to manipulate. The artist can insert his own leaves/flowers/vine into the system.

This flexibility made it also possible to even use this system to create walls, fences or rock formations. 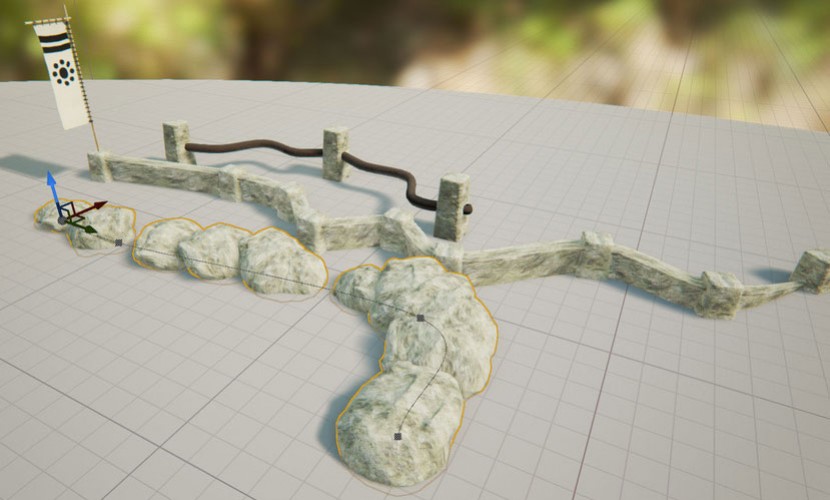