Alumnus Timothy Vanherberghen graduated as one of the first wave of Digital Arts and Entertainment students. Shortly after, he and a few fellow DAE students founded their own company Triangle Factory, to builds games, apps and VR experiences for current and next-generation platforms. Take a look a their portoflio!

Timothy's career took off while he was still a student at DAE, and the game he and his teammates Kenny Deriemaeker, Filip Van Bouwel and Jeroen Van Raevels made for the Game Project course, was selected for the Microsoft Imagine Cup finals. They got to present their game to a world-wide audience in Paris and ended up winning second place. You can see their presentation below.

Besides their commercial work, Triangle Factory also makes games of their own. One of them is Yeti Set Go!, an epic adventure of a snowboarding Yeti, whose loved ones are kidnapped by evil scientists, so you have to free them. This game is available on iOS and Android.

Another iOS/android game, recently launched by Triangle Factory, is Crash Town, a fun game where you have to regulate traffic on a busy intersection.

Another field Triangle Factory are very fimiliar with is Virtual Reality, for both businesses and games. 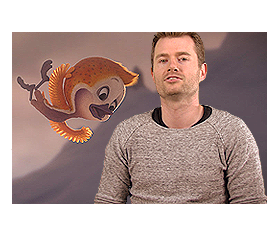