Alumnus Niels Timmerman graduated in 2017 from Digital Arts and Entertainment. Niels has always been interested in creating 3D characters and for his internship Niels could do just that at Ninja Theory in Cambridge (UK). The internship turned out to be a success and Niels could stay at Ninja Theory  where he was responsible for some of the characters for the game Bleeding Edge. The characters where designed by Marco Texeira. Niels worked on Zero Cool, which he started already on during his internship, Makutu, a Maori giant and Mekko, a killer dolphin in a robotic fish tank and turned them into game ready game characters.

When Niels recieves the concept art, the first thing he does is make a blockout and a quick rig. Then he places that test model in the game engine to see if it would work out or not. If it is approved Niels starts in Zbrush and Maya to create a high detailed version of that model. During this process Niels has to make some decisions because the concept is often a dynamic posed greyscale drawing at first. So he has to imagine the back and many other parts himself. A lot also changes during production. Then he needs to retopologize the high poly model in Maya and make a low poly game version. This low poly version must of course be made very specifically with loops that follow the muscle groups and allow for deformations. Some parts need even quads for cloth simulations. When the low poly model is ready Niels uses Substance Painter to grab the high poly information and bakes them into the necessary textures, so the game model looks as detailed as the high resolution model. Substance Painter is also used to create the color texture. Shaders are done in Unreal Engine, sometimes more complex shaders are necessary on certain parts of the character, for example holographic screens and so on. During all these steps Niels regularly consults with the rest of the team to overcome issues that might occure and work together towards a solution.

To see more of Niels' work, bigger images and personal projects check out his portfolio. 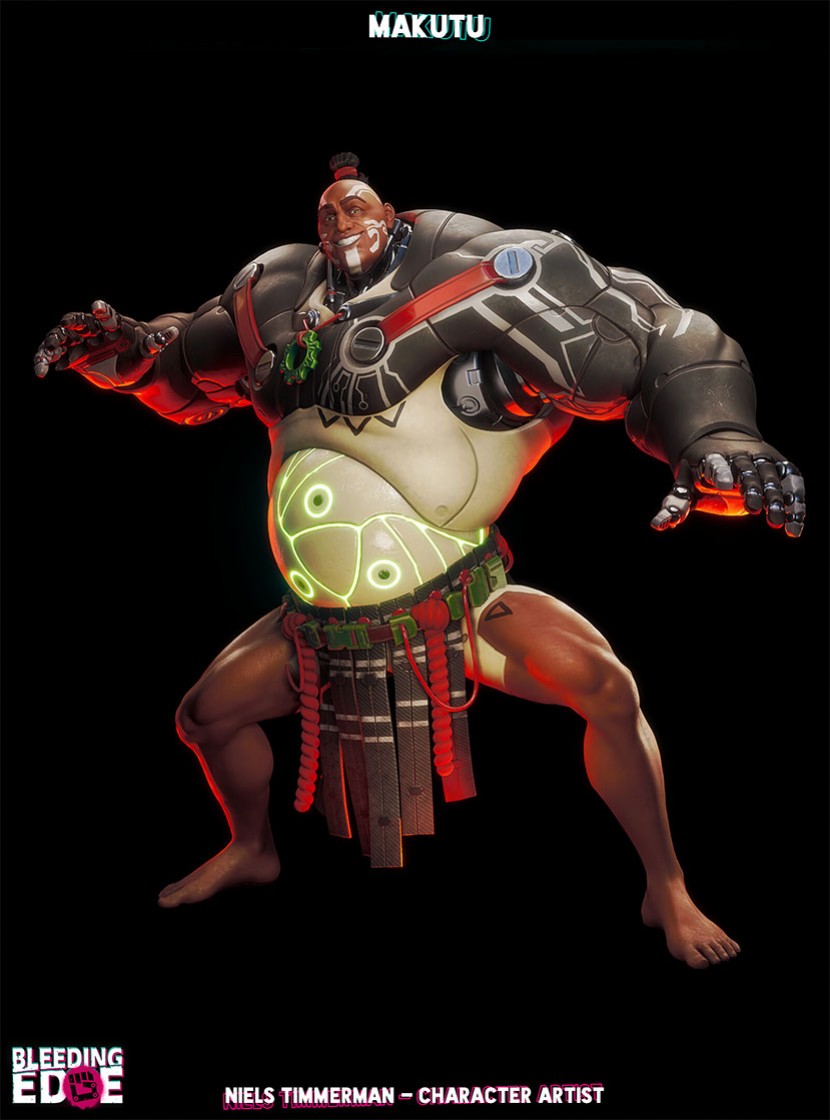 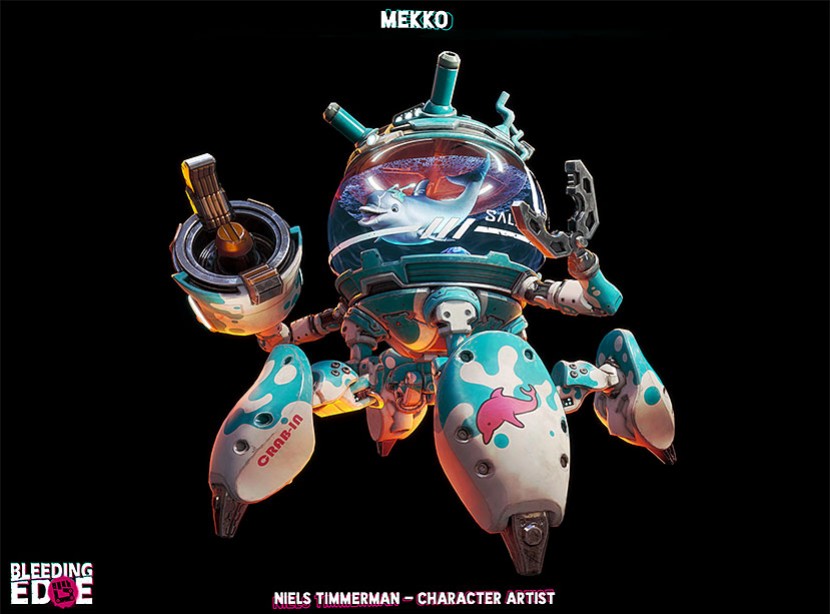 Water on a moving... 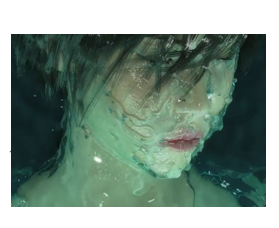