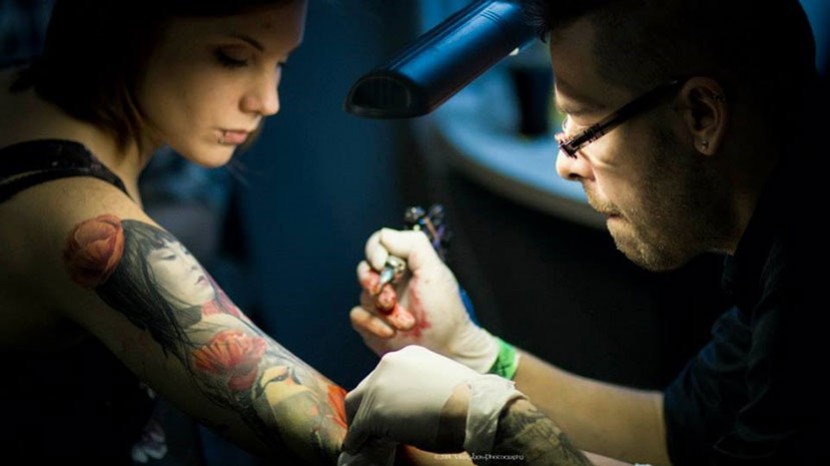 Below you can find Nick’s journey from artist at GriN to student at DAE to teacher at DAE to tattoo artist! What a road and it sure isn’t finished yet! Enjoy his story:

My DAE career began in 2007. I vaguely heard about Digital Arts and Entertainment although I didn’t appeal that much to me because of all the programming. I had just become independent after working four years at a company called GriN Multimedia. At that time, I learned everything by myself without any professional supervision and it became clear to me that my skills were by far not good enough to make it in the game industry.

By coincidence, I was in a meeting where one of the DAE teachers (Karl Ghys) was present too. He told me that the course was quite balanced and not programming oriented only. I went to an open house day to find out for myself and one week later I found myself in class as a 27 year old between freshly graduated high school students. Content creating skills (now preproduction) was my best course back then. Thanks to the sometimes harsh feedback of Jonathan Absil, I was pushed to do even better. It must be said that I definitely picked up and perfected my drawing skills at DAE. Over the years, my interest in VFX and 3D grew too and I started dreaming about a future in this business. I started looking for an internship and of the four letters I’ve sent out, I received 3 replies within half an hour.

However, Rik Leenknegt had other plans for me. Soon he convinced me to become a teacher at DAE, preproduction of course. Maybe not the most ambitious decision however the best at that time. I was very sociable and still am and I loved the role as teacher a lot. The only drawback was that I wanted to become better in what I did, and there was not enough time left to do that. After a while this really started aching.

When a friend introduced me to a (quite famous) tattoo artist who wanted to have drawing lessons, I was at first quite reluctant. However, after the tattoo artist showed me his world, I was instantly intrigued. So, the tattoo artist proposed a deal: you teach me how to draw and I will teach you how to tattoo. Bit by bit, I learned the tricks of the town. And now, two and a half years later, I quit my teaching job to focus full time on tattooing. I’m not yet at the level I want to be, but I’m convinced I’ll get there. I’m very ambitious to become a great tattoo artists and slowly but steadily I’m working towards this!

You recently participated in a tattoo contest.

Yes, at a tatoo convention I won third place in the category "horror" and "portrait". 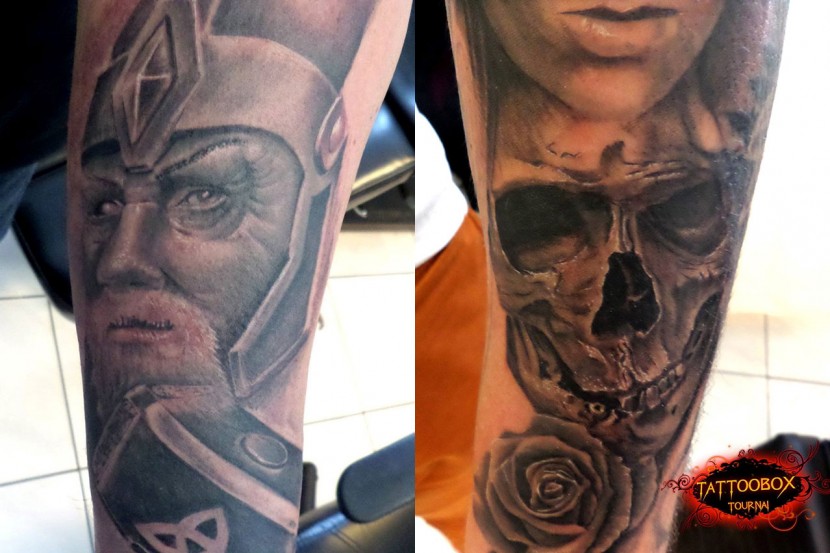 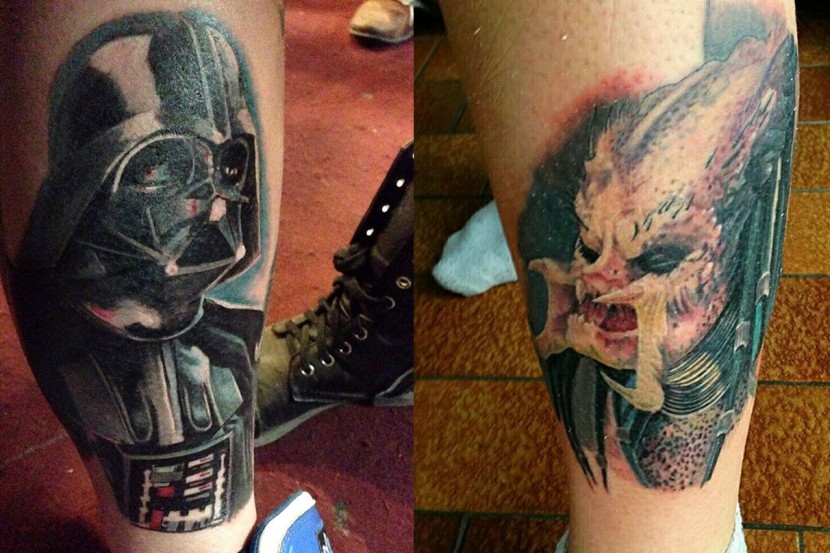 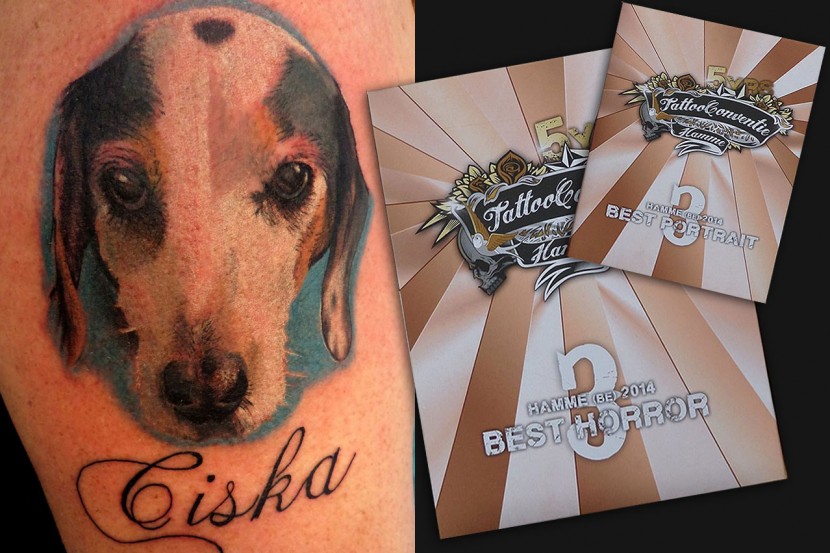 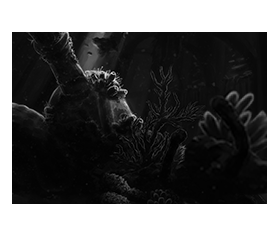