Brains Eden Festival is a four-day Game Jam event held in Cambridge UK, in which teams have 48 hours to make an original game based on a surprise theme. Next to the game jam, the students join industry-led workshops, career clinics, networking moments and talk tracks. Supported by leading game companies such as Frontier Development, Guerilla Games, Jagex, Sumo Digital, Unity, PlayStation first and others, the goal is to bring students, universities and the game industry together.

Student teams made up of programmers, designers, artists and sound specialists from as far afield as China, worked tirelessly throughout the jam to bring their ideas to life. This year three DAE teams entered the competition. The winning team ‘Damn Amazing Education’ produced a two-player versus game called ‘Thrust’ , based on the theme of this year’s Brains Eden, which was ‘give and take’.

Samuel De Vos, student at Howest University College and team leader of Damn Amazing Education, said: “It feels amazing to have won, especially with so many talented judges critiquing the games. We’re so happy that they chose our game as the winner for Best PC Game, when so many of the other games produced were of such a high level too.”

Read more about this year’s event on the following sites: 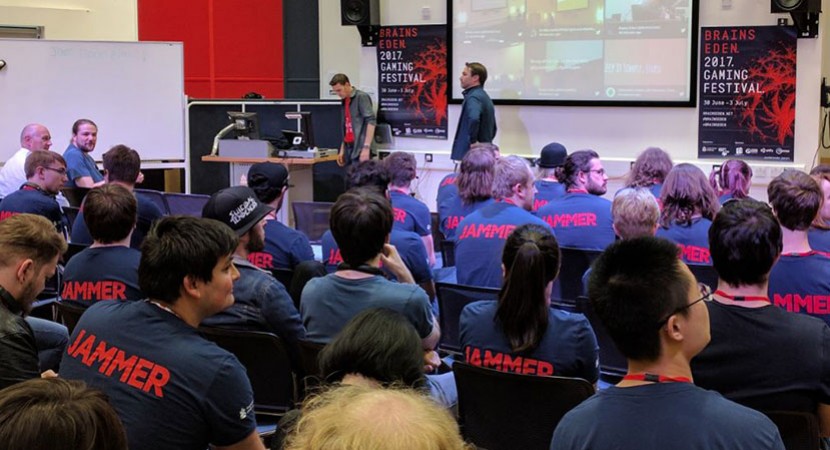 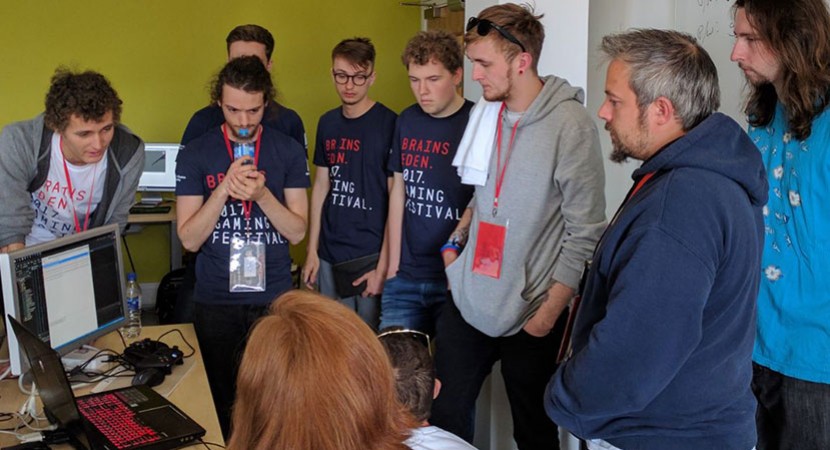 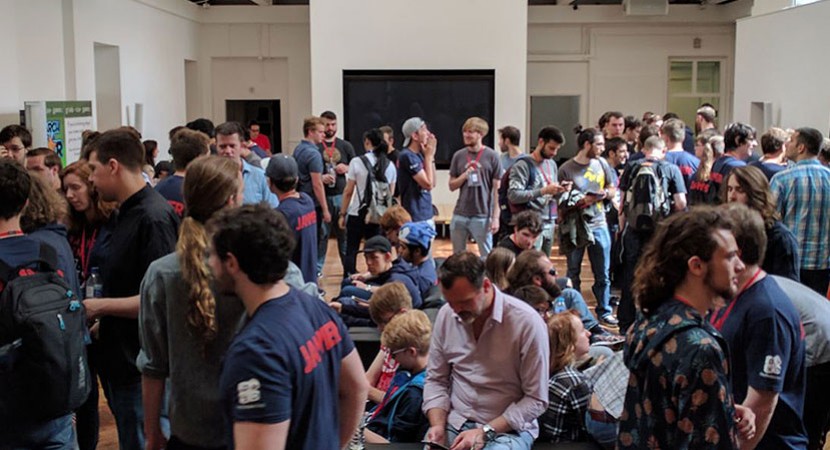 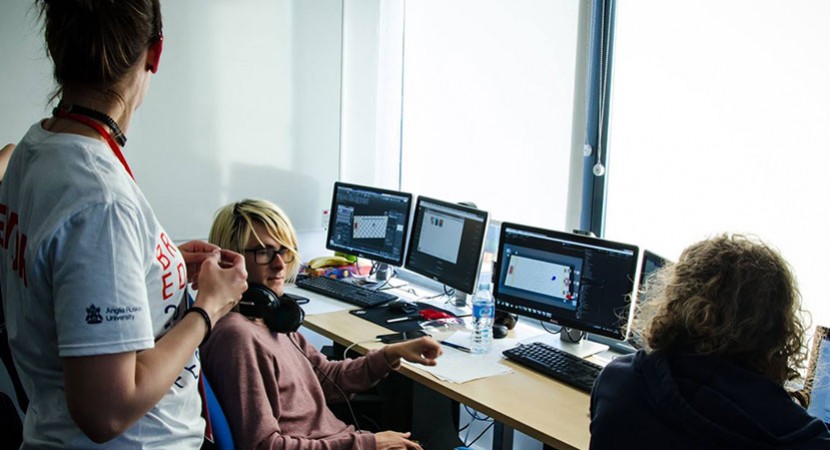 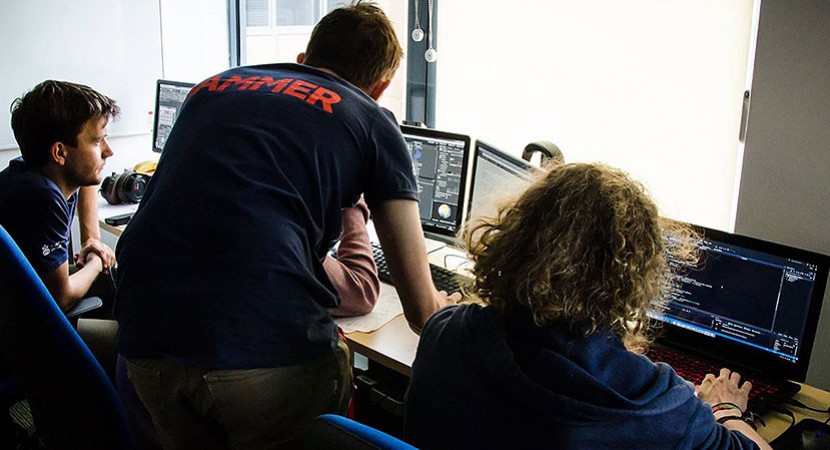 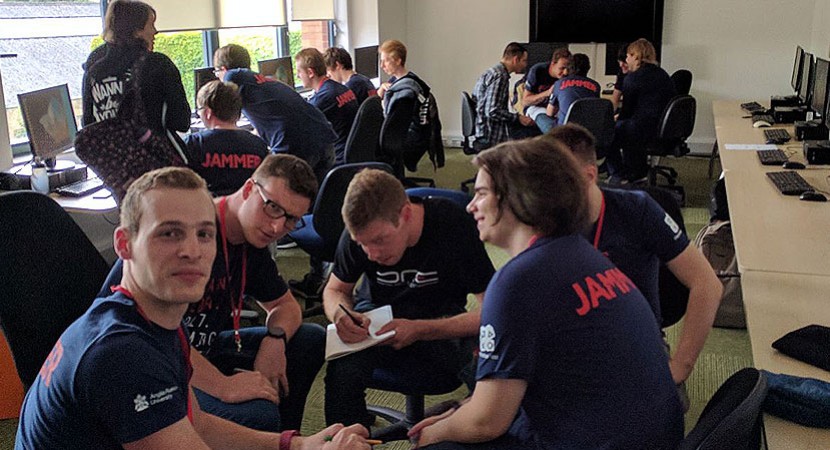 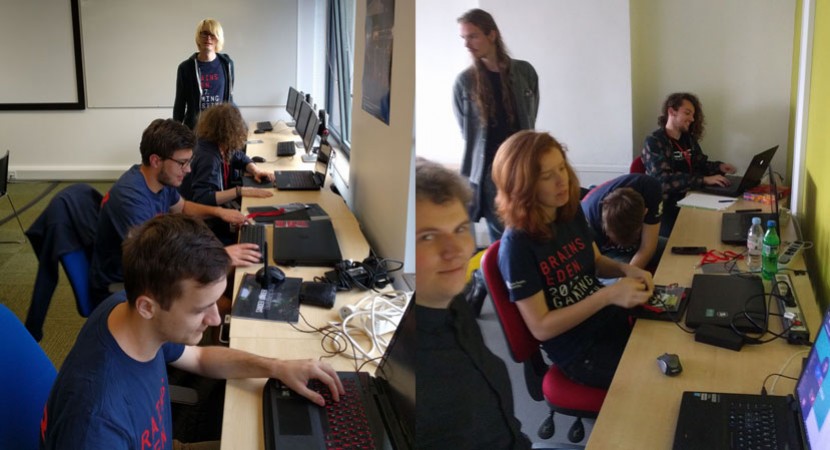 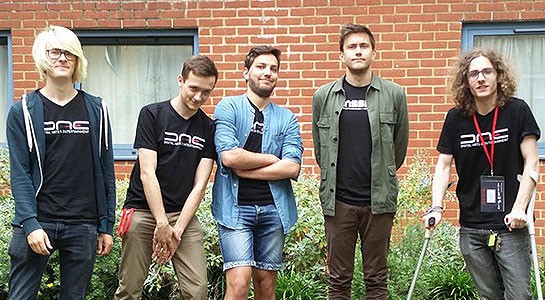 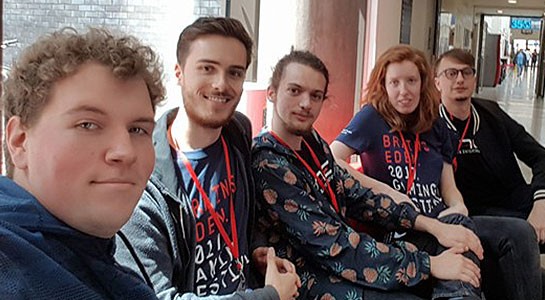 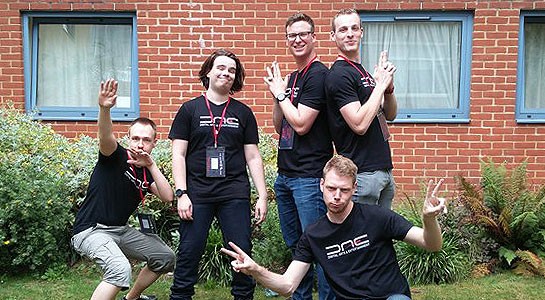 CubeCrusher from Andries Geens on Vimeo. 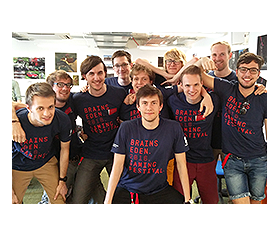