Clair Bellens graduated in 2012 from Digital Arts and Entertainment. She quickly got a job at Walking the Dog were she worked on Jack and the Cuckoo-clock heart. First as a Pipeline TD and later became Animation Finaling Supervisor.

When the movie was finished she tried her luck abroad and applied at one of the giants in the VFX industrie: MPC (moving picture company) in London where she worked as a Technical Animation TD.

She was responsible for the crowd simulations on Exodus: God of Kings a movie with Christian Bale. She held a Siggraph talk about her work on it, read about it here. Later she got to work on Jungle book (see related article on the right).

Clair is now working at Industrial Light and Magic where she worked on Steve Spielbergs Ready Player One. 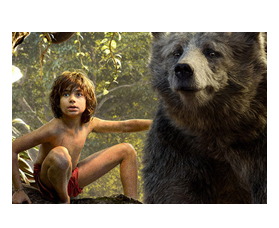