Waldo is one of those rare students who showed extreme versatility. He is able to tread the line between code and art, and excel at both.

During his internship at Black Rock Studio he worked on the game Split Second and immediately made it in the credits. After his internship, Waldo was offered a job as Technical Artist where he worked on tools to improve artist workflows and quality.

After the closure of Black Rock Studio, Waldo started working as a Technical Artist at Boss Alien. At Boss Alien, he worked on CSR Racing and helped making it one of the most popular games on mobile. As a generalist, he worked on many parts of the project: Car pipeline, Cameras, Environment optimisation, Lighting and parts of the UI.

Waldo later worked at Ubisoft Montreal and helped on the creation of Far Cry 5! He is currently living in NY and works in a company called Spatial that specializes in VR and AR where he is Head of Engineering.

Check out his portfolio

Athmos was a game Waldo worked on during his time at Digital Arts and Entertainment. 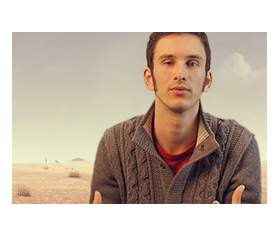